The Mid-Hudson Scholastic Chess League s(MHSCL) tarted its 19th season after a 20-month hiatus due to Covid. Prior to the start of the season, the coaches decided to change the format from a head-to-head team competition to holding four five-round Swiss tournaments. The top four scores of individuals would count for the team’s score in each Swiss. The team with the best cumulative score after the End-Of-Season  last Swiss would win the Championship. 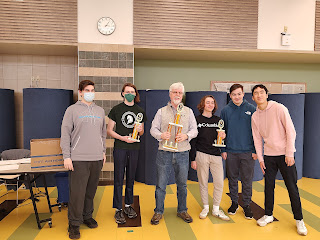 In the in the individual competition, Ben Harrell of Cornwall won 18 games and drew two games (total 19 points). The two draws were against teammate Nathaniel Silichta, who finished second with 16 points. Chris Mastrokostas of Monroe-Woodbury finished with 14 points.

Ben Harrell finished with the third-best regular season point total in league history. Jared Montal of Monroe-Woodbury had 21 points in the 2003-04 season and Stephen Decker of The Mount Academy had accumulated 19.5 points in the 2017-18. 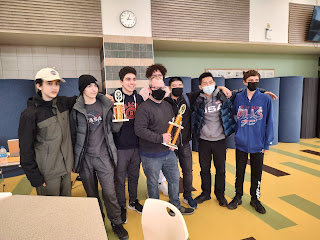 Attention Mid-Hudson High and Middle Schools: We are looking for teams to join the league in 2022-23. If your school is interested, please email MHSCL president Doug Stack at  dstack@cornwallschools.com.